Reason 1: The brain structure of men and women is different

Because of the differences in the structure of the brain, there are often sparks between men and women. Men are often at a loss as to why women are angry, and rational solutions often don’t work, when words turn into fists. Women's right brain is more developed, they are good at emotional processing, and they will find solutions to things in a methodical manner. Men mainly deal with things rationally through language information, and it is difficult to control their emotions. Maybe the man's intention is to reconcile, but he can't express his feelings well.

Domestic violence has a great relationship with men's emotional control and personality characteristics. Men who are prone to domestic violence may become violent because of early family reasons or personality problems. After the violence, there is a rather gentle period known as the "honeymoon period." During this period, they will hate themselves very much, and women can use this period as an opportunity to open up his heart. For example, women can create a warm environment and have a good chat with him. Whether it is the cause of the violence or a variety of psychological problems, by listening to the conversation, the violence can be resolved peacefully. Through such conversations again and again, men with domestic violence will slowly reflect on themselves and finally correct their mistakes.

The reason why men have violent behaviors is also related to psychology. Men's violence comes from "uneasy" psychology. Men are usually not good at expressing, nor will they pour out their inner distress and annoyance. Even if you ask them directly, the answer will only be nothing. Over time, the pressure and anxiety in a man's heart will accumulate and eventually turn into domestic violence.

A man with domestic violence can also be schizophrenic. Under the domination of hallucinations and delusions for a long time, they are likely to have serious violent behaviors and self-harm behaviors. During the onset, they often have sensory dysfunction, and sometimes beat their spouses as ghosts, and often beat their relatives with bruised nose, bruised blood, and even maimed. 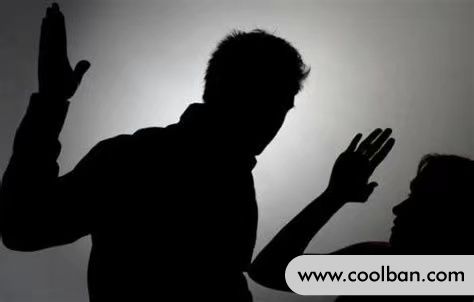 In domestic violence, the vast majority of perpetrators are men. Some believe in the idea of ​​men being superior to women, and regard domestic violence as a normal family rule or an effective means of forcing women to obey. This is very scary, and women should find out in time and stop it as soon as possible.