Differences in stress between men and women Generally speaking, there are three types of stress responses in men: avoidance, irritability, and closure.

When men are in a bad mood and stressed, they will show a state of withdrawal and avoidance. Deny personal feelings and stop communicating. We often see them unwilling to give up, answering irrelevant questions, and the more pressure they endure, the more obvious they are. They will choose to turn a blind eye or refuse in-depth communication, and then pretend that everything is going well, but the emotions are just suppressed and isolated, not resolved.

Anger arises when a man is focused on addressing his own stress and goals. Women, on the other hand, want to change his emotional state, or ask him to do something unrelated to his goals. The more pressure men are under at this time, the more resistance they will react. Sometimes it is difficult for women to understand that they only need men to take their things, and they will be violent, as if they have been wronged by the sky. This is usually due to the fact that men can only focus on one thing, and their attention will be diverted when things are over. If they are interrupted in the middle, they will complain. Complaining is just resistance.

If a man's stress is too high, and instead of getting angry or complaining about things, it becomes serious, and then the man will close himself and be indifferent to his own feelings and the things around him. They will keep silent and keep their mouth shut, showing a state of "retreat and practice". In their own world, they will think quietly and try to think of countermeasures to solve the crisis they encounter. Like men, women have three different responses to stressful situations.

When they are under pressure, women are different from men. Instead of focusing on their own pressure and prioritizing their own needs, they pay attention to the emotions and needs of others. It is often difficult for women to reject others and aggrieve themselves, which will make women unskilled. I feel like I'm being torn apart by the pressure. Usually irritable and irritable.

Women are born emotional animals, with rich and delicate feelings. When faced with stress, they are prone to have a variety of emotions and feelings, and are good at describing them in words. But when the pressure is too high, women will overreact to the surrounding environment and attribute their irritability to the surrounding environment, especially the men who get along the most, she will attribute her irritability to their problems. Say something unreasonable or illogical, or even do some violent behavior. But they don't remember it at all afterwards, so men should learn to ignore women's nonsense and listen to her inner feelings, so as to help women get through stressful times faster.

Women who face stress after torture can feel exhausted, hopeless, and want to give up everything. This is often the time when she needs help the most. They are usually more depressed than ever and more eager for outside help in order to relieve their inner loneliness. Women at this time tend to protect their children and seek help from friends. Women are more willing to discuss stress with others and seek their help, which helps avoid overwhelming feelings of stress and allows them to better release stress. Men rarely use this method to deal with stress. 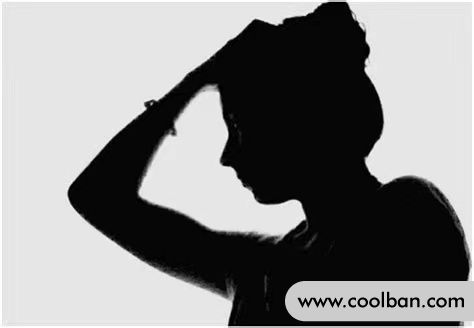 Do you know the cave psychology of men?

How to help men get through the "cave period"?

What is the psychology of a man with a heart?

Why do some men become "feminine"?